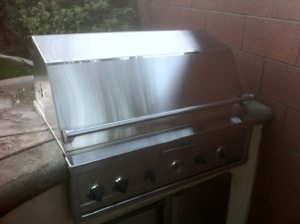 BBQ Restorations Orange County performed a Lynx Barbecue Cleaning in Laguna Niguel today as well as some additional BBQ repairs.  The ignition system had begun to fail qnd was in dire need of attention, but that’s not uncommon for a Lynx barbecue of this age.

Unfortunately I didn’t take any before pictures because we were only performing a maintenance cleaning on this grill and it was in extremely poor condition. The homeowner wasn’t concerned with this Lynx Barbecues final appearance after the BBQ cleaning. But rather just wanted the grill to be clean for the current tenants in her rental property.

Surprisingly this lynx grill turned out rather well after the cleaning and I thought it would be a good idea to share it with you.

As far as the Lynx BBQ Repair of the ignition system which is currently a manual snap or click style ignitor on this Lynx BBQ and in my opinion is rather outdated and inefficient. So for the cost of an ignitor we’ll be updating this Lynx barbecue to the modern efficient push button electric ignition. This will ensure a quick start or lighting of the BBQ that you can count on day in day out.

So if you happen to own a Lynx barbecue that happens to be in pretty poor condition and hasn’t been cleaned or repaired in years. Give BBQ Restorations a call and we’ll come out and look at it free of charge. We can be reached at 949-436-8308 or at BBQ Restorations

So to recap today we showed you a Lynx Barbecue that was in disarray and needed a serious BBQ cleaning and a repair of the ignition system. We performed our Pro cleaning otherwise know as a maintenance cleaning and this Lynx BBQ turned out rather well. Despite its sever condition upon our initial inspection. So remember BBQ Restorations the next time you use your Lynx barbecue Orange County or any other manufacture of BBQ grills. 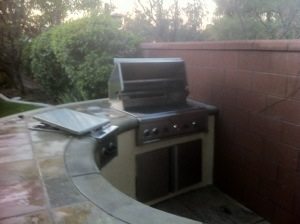 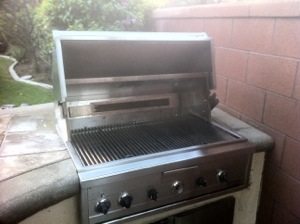