The Viking BBQ is a rather popular manufacture here in Southern California.

Specifically in Orange County, where it’s residence have noticed the value, quality, and long life this manufactures BBQ’s seems to offer to it’s customers. With that said, I might add that BBQ Restorations is rather fond of the Viking brand. We have found that it is rather resilient, and rather easy to restore and return to it’s original elegance, with the right approach in cleaning, repair, and restoration of these hearty machines.BBQ Restorations can have your Viking BBQ looking and performing like new in less than 24 hours.

So today I’d like to give you an idea of what BBQ Restorations is able to accomplish when it comes to your Viking BBQ restoration or any other manufacture of BBQ grill.

We are able to typically achieve the same results across the board when it comes to BBQ cleaning, BBQ Repair and BBQ restoration. So as you can see this particular Viking barbecue needed some much needed attention. The current owner had been using this Viking barbecue for about 5 yrs with zero maintenance and zero problems until recently. It was estimated by the owner that this Viking grill had never had a professional cleaning and was approximately 5 yrs old when he purchased the home and the grill was in the backyard. 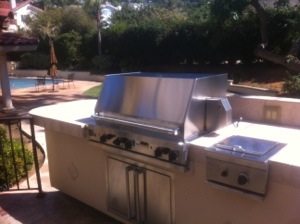 So upon my original inspection of this Viking BBQ it was determined, that a few of the heat trays. The items that distributes the heat, and also serves as a barrier to the burner. Otherwise, known as a burner cover, were in need of serious replacement. The turn style ignitors as well, had all eventually failed. The owner had resorted to using a fireplace style stick lighter, for the time being. This is something we see all to often. Fortunately we have a solution to your Viking ignitor issues.

We have found that converting the existing Viking barbecue turn style ignitors into a simple push button ignition to be much more efficient and reliable in the long run versus the older styled manual system that a lot of these barbecues came with.

As you can see this Viking Barbecue looks just as good as the day it was installed. I also can assure you that it performs better as well with it’s new upgraded and more reliable electronic ignition system upgrade by BBQ Restorations. 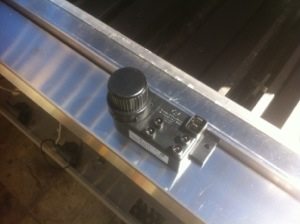